Royal Holloway’s campus has ample space to get away from it all, but there are many places worth visiting in the local area, too. For a taste of true English history, why not visit the water meadows at Runnymede? The spot, where King John signed the Magna Carta in 1215, is just a short walk from the college down by the River Thames.

For more history, Windsor Castle and Eton College are only 10 minutes away and Hampton Court Palace, the residence of King Henry VIII, is nearby too.

If you enjoy the great outdoors, Windsor Great Park offers 5000 acres of undulating parkland, with a deer park, Virginia Water lake and Savill and Valley gardens only a short drive (or walk) from the college.

And for children big and small, Legoland is a must-visit attraction, again only a short drive away.

Windsor Castle is the oldest and largest occupied castle in the world and the Official Residence of Her Majesty The Queen. Its rich history spans almost 1000 years.

The Castle covers an area of about 5 hectares (13 acres) and contains:
• Magnificent State Apartments furnished with treasures from the Royal Collection
• St George’s Chapel (one of the most beautiful ecclesiastical buildings in England and the burial place of 10 monarchs)
• Queen Mary’s Dolls House, a masterpiece in miniature
• The Drawings Gallery featuring an exhibition (see below for current display

Eton College was founded in 1440 by King Henry VI to provide free education for 70 poor scholars who would then go on to further their education at King’s College, Cambridge. Life in the early days was harsh: the boys had to wash outside using only cold water. From these 70 scholars, the school has expanded to about 1,311 boys aged from 13 to 18 who are admitted by competitive examination, and has become one of the most well known schools in the world. 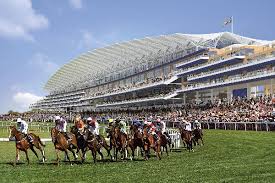 Ascot Racecourse is a famous English racecourse, located in the small town of Ascot, Berkshire, used for thoroughbred horse racing. It is one of the leading racecourses in the United Kingdom, hosting 9 of the UK’s 32annual Group 1 races. 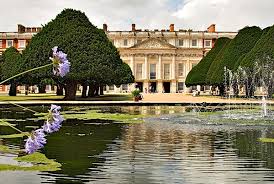 Hampton Court Palace  is a royal palace in the London Borough of Richmond upon Thames, Greater London, and the historic county of Middlesex; it has not been inhabited by the British Royal Family since the 18th century.

Hampton Court gardens are internationally renowned for being amongst the most beautiful gardens in the world. 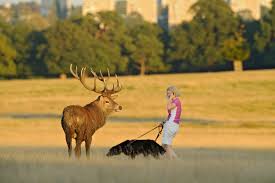 Richmond Park is a park, a National Nature Reserve, a Site of Special Scientific Interest and a Special Area of Conservation in south-west London.

The flagship garden of the RHS, Wisley captures the imagination with richly planted borders, luscious rose gardens and the state-of-the-art Glasshouse.

Gifted to the Society in 1903, Wisley has evolved over time into a world-class garden.

In the trials fields, the finest flowers and vegetables are identified from the countless new introductions. Elsewhere in the garden, cultivation techniques are tried and tested, and a series of model gardens answers the needs of a variety of conditions and circumstances. 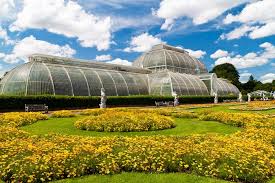 The Royal Botanic Gardens, Kew was founded in 1759, and declared a UNESCO World Heritage Site in 2003. Alongside Kew Gardens in London, Kew has a second country garden based at Wakehurst which is the home of Kew’s Millennium Seed Bank. As well as being one of London’s top visitor attractions, Kew is also a world leader in plant science and conservation. Our work helps to discover and describe the world’s plant and fungal diversity, safeguard the world’s plant life for our future, promote the sustainable use of plants and inspire an appreciation of plants and the environment. Find out more about our Breathing Planet programme. 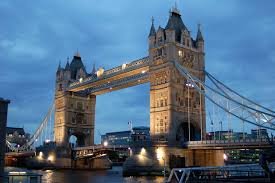 The central area is distinguished, according to the Royal Commission, by the inclusion within its boundaries of Parliament and the Royal Palaces, the headquarters of Government, the Law Courts, the head offices of a very large number of commercial and industrial firms, as well as institutions of great influence in the intellectual life of the nation such as the British Museum, the National Gallery, the Tate Gallery, the University of London, the headquarters of the national ballet and opera, together with the headquarters of many national associations, the great professions, the trade unions, the trade associations, social service societies, as well as shopping centres and centres of entertainment which attract people from the whole of Greater London and farther afield.